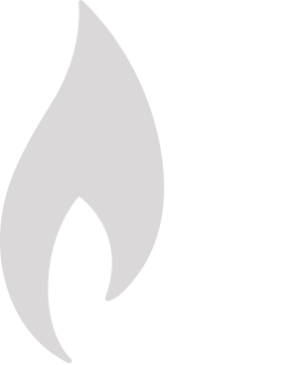 The account I received from the supervising ranger on return to Mambray at the conclusion of our bushwalk was that the victim was a student who was an observer to the refilling of a trangia burner. The content of the bottle was ignited and the subsequent panic saw spillage over his face. Even more lastly was the report that some inhalation occurred resulting life threatening damage to the airway I lungs. The incident happened at Hidden Camp, and given the time it would have taken to get out to raise the alarm, plus the time for the ambulance to get to Alligator Gorge then drive to Red Cliffs and finally walk into Hidden, the victim was understandably in critical condition prior to oxygen being administered and the helicopter evacuation to Adelaide.

To the best of my knowledge there have been at least four serious cases where students have suffered second or third degree burns from the misuse of cooking stoves in the past ten years. How many is too many? How many near miss incidents 1ve there been? How may they have been avoided?

The point of this article is:

Firstly we are all aware of the intrinsic dangers involved with outdoor leadership, regardless of the specific activity undertaken, and as Hal Hallenstein and David Miles stare in “Legal Liability: Outdoor Education” that trained outdoor leaders have a responsibility greater than the accepted ‘ loco parentis’.

To be responsible for a group of dependents and not be aware of such dangers would be foolish in the extreme. However, I like to balance this enormous implied risk that we take in conducting these activities by arguing that no one wants to do themselves harm, and that by recognizing the overt dangers in most situations a good leader will minimize the risk by taking action to avoid danger if such is required.

This leads to the question of negligence. Is it negligent to use these stoves with students in the first place? I would not think so, but to instruct students in their use and to give safety directions as I suggest below and not to actively ensure such instruction has been carried out may constitute some degree of negligence. Obviously the courts will decide such, but the factors relevant to establishing a breadth of duty are certainly worth considering here (Legal Liability: Outdoor Education p 22)

Do not get too concerned… lets face it, the biggest danger we face in conducting outdoor activities is usually in just getting to the venue.

What is required in this case is a policy of risk minimization in the use of fuel stoves. One solution would be to not have this type of stove, or to use other stoves such as the gas with disposable canister, (which is also available for use with trangia using detachable propane cylinders). This may be what eventuates in the long term. Though I would argue that trangia stoves are very efficient; reliable and safe provided that all users are aware of the volatile nature of methylated spirits and have been taught how to use the stoves correctly.

This includes being aware that the flame from the burner is often difficult to see, and the problems with ignition temperature,. which may see the burner re-light even if there is no flame. This knowledge and following a few easy steps should keep themselves and others safe from a repeat of such incidents.

Finally it occurred to me that regardless of how dear instructions are given, and how vigilant leaders may be, the remains the potential for an accident. Without wishing to debate the merits or otherwise of plans for National Parks such as Mt Remarkable to become fuel stove only areas throughout, I cannot help but think that maybe the latest incident may have been avoided. If the marshmallows were being toasted on an open fire in the traditional manner. The grounds of such a debate may shift a little focus upon “the management of people” in what is more often seen as “the management of the environment’.

Originally published in the Newsletter of the Outdoor Educators’ Association of South Australia, Volume 18, Issue no 3, August 1999 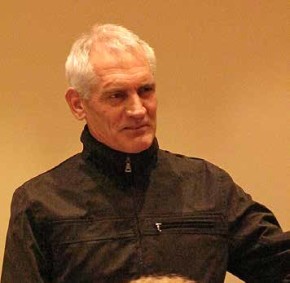 Grant has been teaching Outdoor Education for over 20 years, and currently teaches at Wirreanda High School Morphett Vale. He has integrated walking, cross country skiing, canoeing, kayaking, rockclimbing and orienteering into his programs. He remains actively involved in community activities such as orienteering, and canoe polo, amongst other things. He is an adviser for Bushwalking Leadership SA, kayaking instructor, is currently completing his SAREA rockclimbing instructor’s award, and his Ski Tour Leaders Award. Grant has been an active OEASA member for 18yeary, being one of the founder of the OEASA.